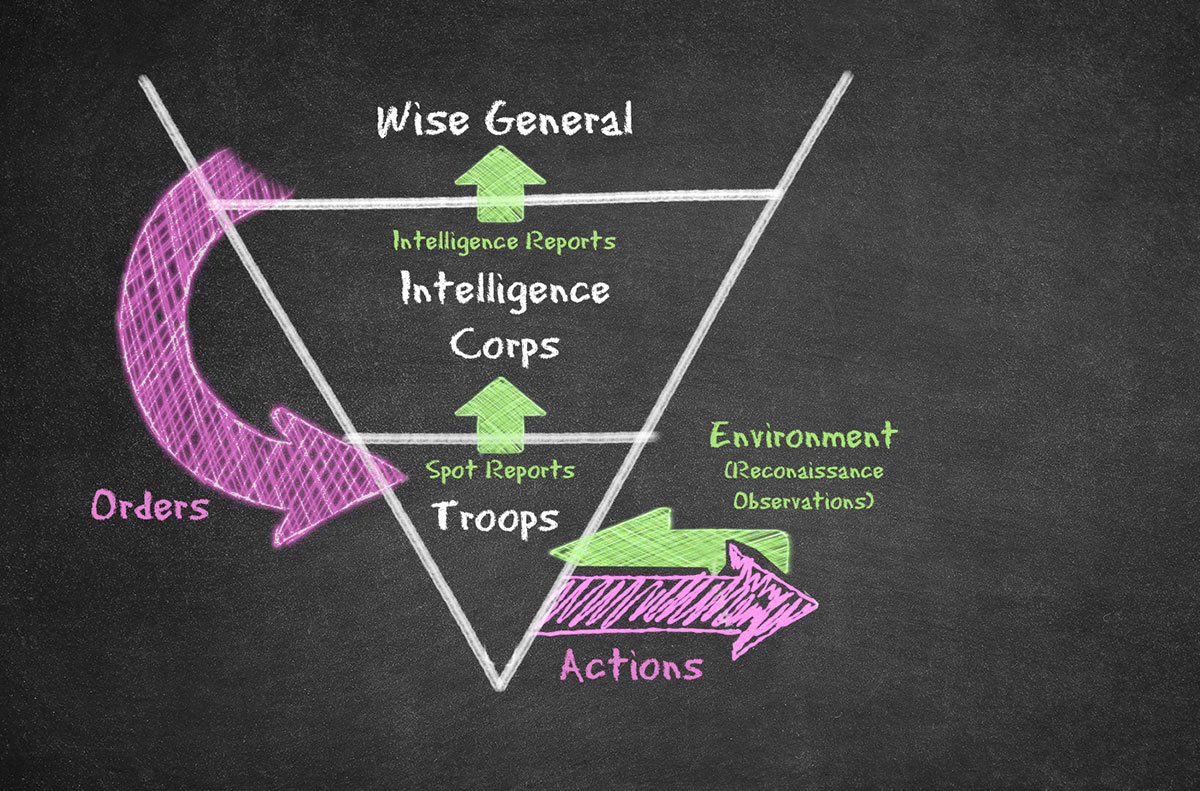 Dr. “Bob” Rhondell Gibson, who introduced the Picture of Man to the public in the 1980’s, used the analogy of an army to aid in describing the relationship between functions in the diagram.

“Instead of the Physical Body, let’s put “Troops.” In Awareness, let’s put “Intelligence Corps.” And instead of “X,” let’s put “Wise General.”

“If it is valued, it is reported immediately. And the Wise General, of course, gives the orders down through his chain of command, and the Troops carry out his orders. And this aids in the survival and the advancement, or the purpose, of this organism called an army. It has a general; it has all his lines of command. He depends for his information on the Intelligence Corps. The function, of course, is to advance and survive for the army.”

And when Awareness is contaminated by the influence of Tree of Knowledge (what Dr. Gibson refers to as the “NOT-I’s”): 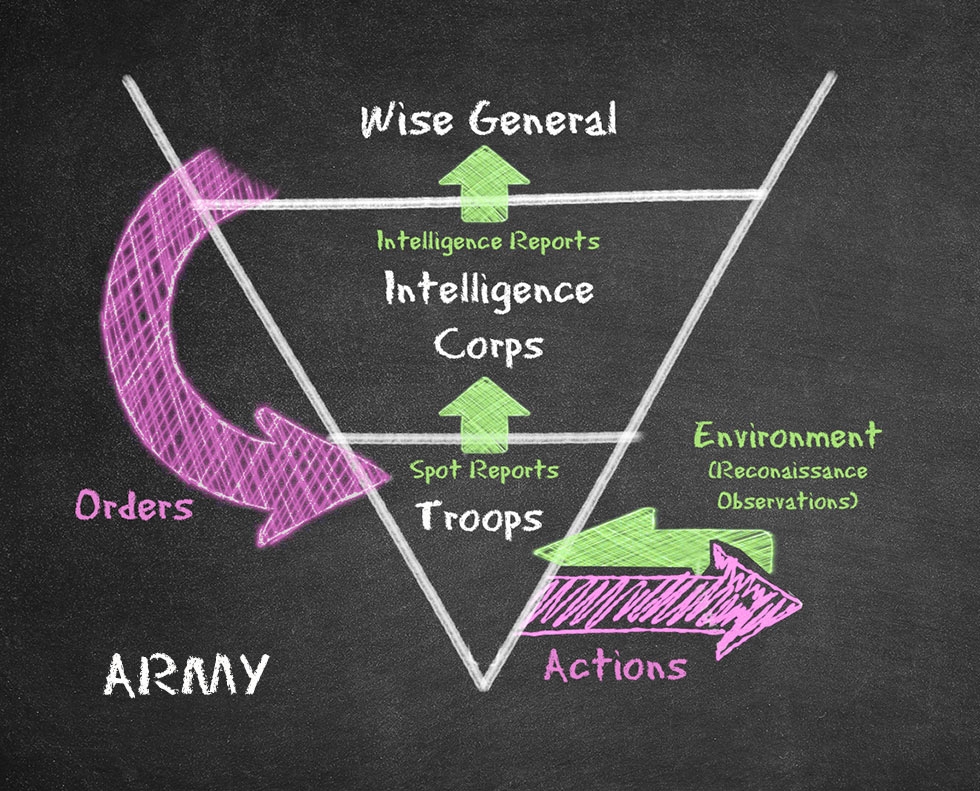 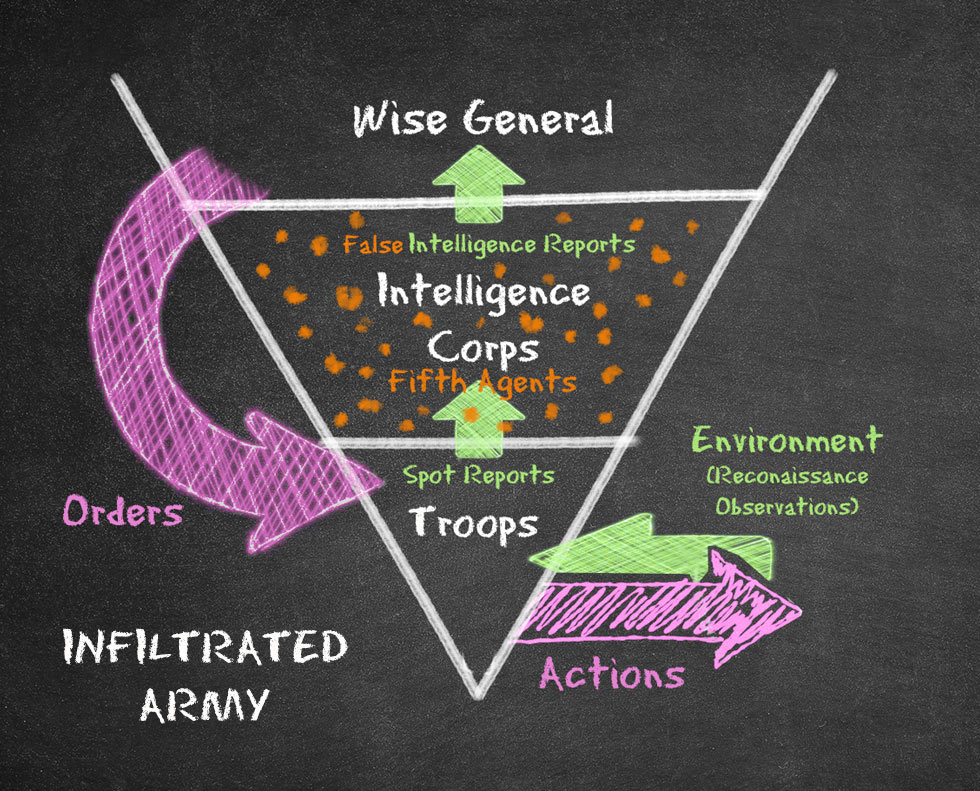 “If the doors of perception were cleansed every thing would appear to man as it is, Infinite. For man has closed himself up, till he sees all things thro' narrow chinks of his cavern.” - William Blake

How to Love a Mass Murderer (Article)