The 1970’s was a rich era for music exploring questions about the nature of existence and spiritual discovery. As one band among many, Kansas produced several songs celebrating these themes which became popular hits. One in particular, “The Wall,” seems uniquely articulate in expressing common feelings of overwhelm and yearning which can emerge during early spiritual puberty when we begin to see how densely overgrown and resilient the Tree of Knowledge has become. A tree symbolized in this song as “The Wall.”

The following music video was prepared for use in a talk in 2018.

NOTE: The last quote in the video was incorrectly attributed to J. Rumi. The correct source for the quote is “A Course in Miracles.”

I’m woven in a fantasy, I can’t believe the things I see
The path that I have chosen now has led me to a wall
And with each passing day I feel a little more like something dear was lost
It rises now before me, a dark and silent barrier between
All I am and all that I would ever want to be
It’s just a travesty, towering, marking off the boundaries
My spirit would erase
To pass beyond is what I seek, I fear that I may be too weak
And those are few who’ve seen it through to glimplse the other side
The promised land is waiting like a maiden that is soon to be a bride
The moment is a masterpiece, the weight of indecision’s in the air
It’s standing there, the symbol and the sum of all that’s me
It’s just a travesty, towering, blocking out the light and blinding me
I want to see
Gold and diamonds cast a spell, it’s not for me to know it well
The treasures that I seek are waiting on the other side
There’s more that I can measure in the treasure of the love that I can find
And though it’s always been with me
I must tear down the wall let it be
All I am, and all that I was ever meant to be, in harmony
Shining true and smiling back at all who wait to cross
There is no loss 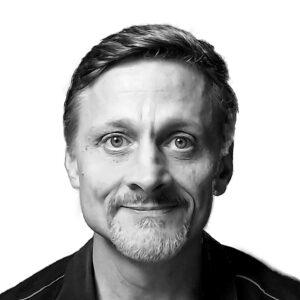 Craig is a student of The Way with passion for writing and sharing ideas. He credits the wisdom of Dr. R. R. Gibson, A. Watts, G.I. Gurdjieff, J. Krishnamurti, and many others for pointing out the direction to Eden.
0 comment

Craig is a student of The Way with passion for writing and sharing ideas. He credits the wisdom of Dr. R. R. Gibson, A. Watts, G.I. Gurdjieff, J. Krishnamurti, and many others for pointing out the direction to Eden.

How to Love a Mass Murderer (Article)

The Beginner’s Mind of Forrest Gump